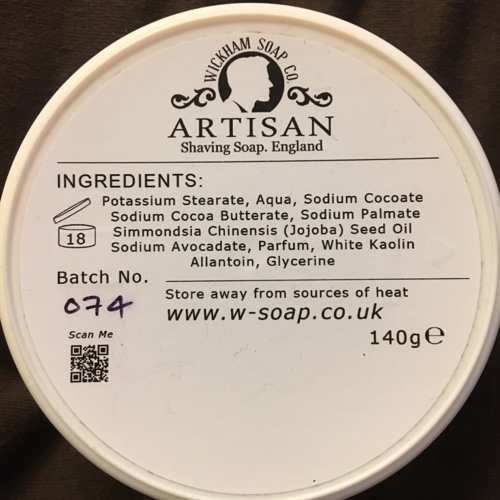 Wickham 1912 Frankincense is a vegetal soap produced in the United Kingdom by a small artisan soap maker.

This is a fairly hard soap that I imagine will last quite some time. The scent is nice and very fitting for autumn and winter use.

Below are my thoughts and as ever in the wet shaving world, your mileage may vary.

I loaded up for about 50 seconds in total, 30 with a damp brush, dipped the tips in water and loaded for another 20 seconds. This was more than enough to adequately load the knot with a decent amount of soap. That may sound a lot but I have hrs water and there is no point scrimping on soap.

I face lathered and as I added water as I went along it absolutely exploded into lather. The volume was good and the slickness was also very good, but I found not much residual slickness remained after a stroke of the blade across the skin.

I proceeded to take three passes and towards the end of the shave I began to feel like I was getting a bit of a rough shave with a hint of irritation. I had two previous shaves with this razor and blade combo with Stirling soaps prior to this and had no problems with irritation.

I thought perhaps the Wickham wasn’t all that protective but decided to try it again in my next shave. Post shave my face felt a little sore and a touch dry.

So after the previous shave this was going to be a quick two pass shave to keep me looking tidy for work. I loaded the synthetic knot up for about 30 seconds on total, 20 with a fairly damp brush and 10 after dipping the tips.

I face lathered again and had the same lather explosion after adding a bit of water and good slick lather with lots of volume.

Again I found that the blade feel was more prominent than previous shaves with this razor and I even picked up two weepers along the way.

Therefore I feel that a lack of protection is the only thing letting this soap down.

An easy to lather soap that produces a good slick lather, but lacks residual slickness and the level of protection from the blade is quite poor. I also found the post shave feel quite drying, but I do find this to be the case with coconut oil rich soaps.

This aftershave splash from Proraso is my favourite splash of all. It’s certainly one I can recommend strongly for either old or new wetshavers, and seems to be a staple of many wetshavers and is always on the list when people are looking for good aftershave recommendations.

The scent of Proraso aftershave is a really nice classic Italian Barbershop scent. It’s hard to describe, kind of like a minty, citrus scent with a tiny bit of powder and a hint of menthol. The scent isn’t that strong and fades fairly quickly and I don’t think anyone could find this scent offensive

I love the post shave feel you get from the Proraso splash, it does a great job of easing any irritation or razor burn and the menthol cooling it gives is very nice. It’s not a massive face freezer like Osage Rub for example, but I find it more cooling that most and just about the right level for me. For an alcohol based splash I find this is very moisturising and leaves the skin feeling soft and hydrated and there isn’t much of an alcohol burn unless you have really overdone your shave, but this is to be expected.

This is my favourite splash of all, so much so I have the 400ml bottle on standby for when my first bottle runs out soon. Definitely a 10/10, and one I wouldn’t be without.

The ingredients are as follows: 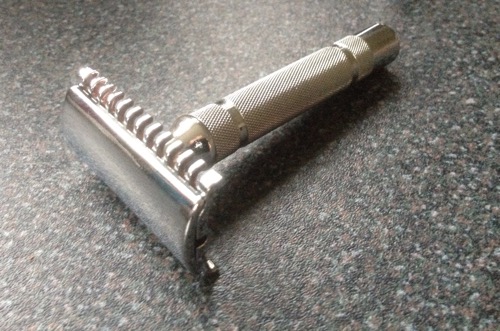 The Gillette Long Comb New as shown above is one of my favourite razors and one that I will always suggest to someone when they are looking to upgrade from their first razor or simply to get into trying a vintage Gillette razor. The one shown above is a common bar handle which I had replated in chrome as it was down to the brass metal when I got it. Some people like the look of these razors when they are down to brass, but I thought it best to restore it to its former glory and hopefully extend its long life even further.

I won’t go too much into the history of this razor, but focus on the performance. This razor head was produced around the 1930’s and was available in a variety of sets with differing handles. There is also a short combed variant, but I have so far not tried one of these.

I have used the original handles with these razors on many occasions and they deliver a great shave, but lately I have found a preference to using the head with a heavy stainless steel handle.

It is an open comb razor which usually are thought of as aggressive razors, but I find the Long Comb New to be efficient without feeling rough or too aggressive on my skin. I think I have had some of the closest shaves ever using this head with the right blade and soap combo. The theory is that because of the nature of the open comb on the underside of the blade, it allows more lather to stay in contact with the blade whilst shaving resulting in a more comfortable shave compared to safety bar razors which remove a lot of lather prior to the blade cutting the hair. I also find that due to the open comb it’s a great razor to use on a few days stubble growth as it copes very well and does not clog up as the longer stubble can escape through the teeth of the open comb.

In regards to the various models available, not only for the New but almost every other type of Gillette razor I would suggest a visit to the Mr Razor website it is a great resource for identifying the many different models of Gillette razor.

I thought I would give the Long Comb New some scores as below:

I hope you have found the above review helpful, and if you have anything to add feel free to comment below

I was recently sent a bottle of the Bluebeards Revenge eau de toilette scent. Here is my review:

END_OF_DOCUMENT_TOKEN_TO_BE_REPLACED 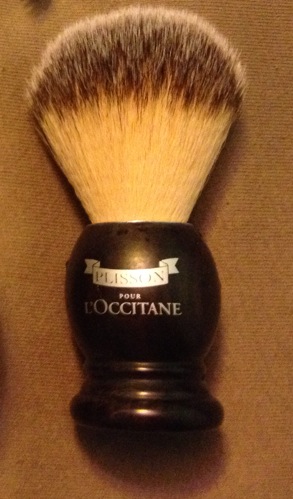 Here’s a review of one of my favourite brushes the Plisson synthetic made for L’Occitane.